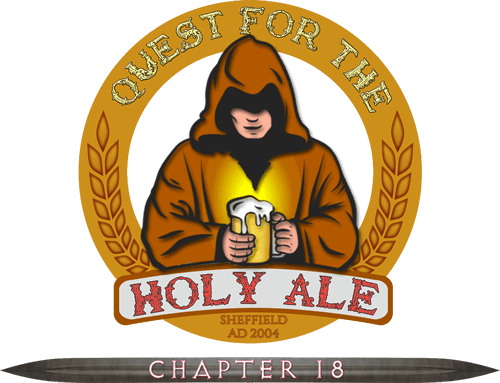 About The Holy Ale

In its simplest form, Quest for the Holy Ale is a Sheffield based pub-crawl that features good friends going out early, supping a selection of beers and having a great time. Drinking pace is very relaxed to ensure that the protagonists don't end up completely hammered by 3pm. The advantages of having an 'all dayer' include pubs being quieter, more time to visit lots of venues and no concerns about the last orders bell.

Initially, around 2004, quests were held on a Friday and people would take the day off work to attend. Recently, however, they've been switched to Saturdays for convenience.

Typically, a quest will start at 11:00am and will finish when the last person goes home. There is a pre-planned route but this is very much open to variance on the day. Over the years, dozens of pubs have featured in Holy Ale adventures, some of which are no longer with us. Since the 3rd quest, many photos and notes have been taken as a memento for future generations.

Members of a quest are subject to an ancient and sacred ranking system. Newbies start as a Serf and attain greater status when they show loyalty to the cause. This includes attending multiple quests and starting quests early. To become a Knight of the HOOHAK, an individual must have proved themselves beyond doubt and they must have supped from 'The Vase'.
Not much is known about the HOOHAK, only that they are a bunch of mysterious beings that seek for the Holy Ale. You can read about their first appearance here.

Next time you're drinking in a Sheffield pub, have a glance around at the clientele. The HOOHAK may be watching you!

One sunny Friday in September 2004, two young chaps bunked off work and decided to go to the pub. Plenty of ale was consumed and many boozers were visited. The lads had a lovely time, watching the world go by and not having to worry about rushing their drinks before closing time.

Soon into their adventure, they encountered a strange beer pump that glowed eerily and captured their attention. "Two pints of that, please." said one of the slightly tiddley fellows. The barmaid, who was dressed rather medievally, disappeared for a moment and then came back holding heavy glasses. They looked rather like small vases. A minute or so later, the vessels were filled with a pale and fragrant brew that illuminated the men's faces as they necked it.

After the room had stopped spinning and the barmaid had mysteriously vanished, the lads agreed that they’d just consumed a mighty fine concoction. They felt a spring in their step and a healthiness in their bowels as Shanks’ Pony took them to the next ale house.

Later that day, when the world was getting a little fuzzy, the two chums found themselves alone in a quiet pub. They were just about to leave when a hooded figure appeared from the Gents and beckoned them in. Ordinarily, they would have strongly declined such an offer but a gentle force tugged at their curiosity. Nervously, looking from side-to-side, the guys crept into the toilet block.

Apart from some 1930’s Armitage Shanks urinals, there was little else of interest. All the cubicle doors were open and nobody else was around. There were certainly no monks or Jedi in the vicinity.

Suddenly, the silence was broken when the ageing hand dryer fired into action. Both chaps spun toward the sound, adopting Kung-Fu postures in anticipation of an incoming assault. The room was still empty but the hot air gushing from the machine was getting faster and louder.

It seemed to the two pals that a voice was forming from the air currents rushing about them. Then they heard it, whispering clear words. “Phwoorr, crikeey, you are now one of us… the HOOHAK… we entrust the mission to you. Forever shall you seek the Holy Ale... Find it, keep searching for the secretsshhhh…”.

The hand dryer gave a loud bang and breathed its last breath. The chaps fled from the scene and didn’t look back.

The old website featured Monty the Minstrel who stood outside the castle gates, drinking beer and helping knights find the Holy Ale or Grail. He was not connected to the film ‘Monty Python and the Holy Grail’.

Monty was famous for his cheesy songs that were all about beer, these included “Holding Back the Beers”, “Ale Be There”, “Oh what a pale Grail” and “Beer, Beer, We Want More Beer!”

If folks mistook him for one of the Monty Python team, he would often sigh and say “If ye want to find the grail, it’s that way. I’m only here for the beers!”

One of Monty’s favourite drinks was a nice wheat beer, brewed by the HOOHAK. This was the grail for some less wise knights but not for those who had supped from the Vase. 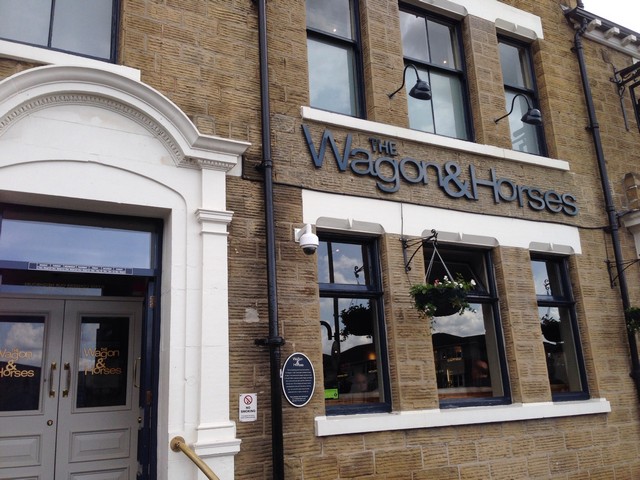 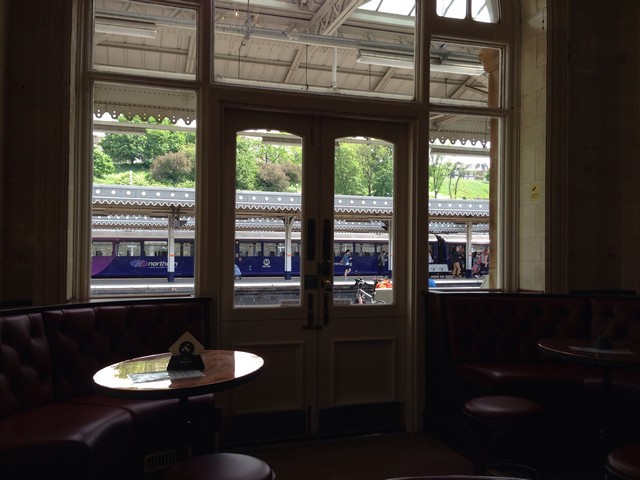 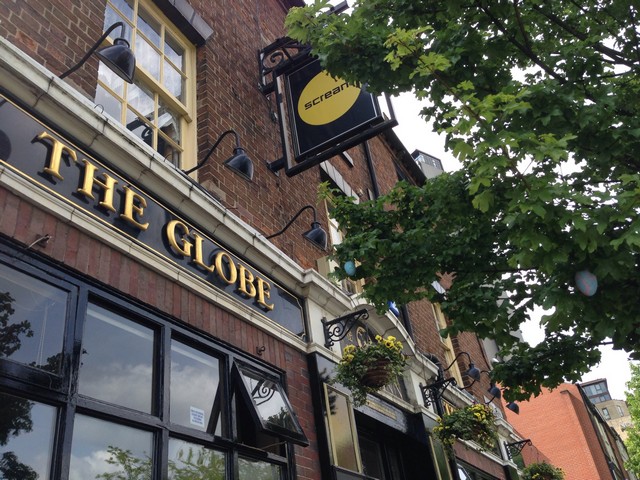 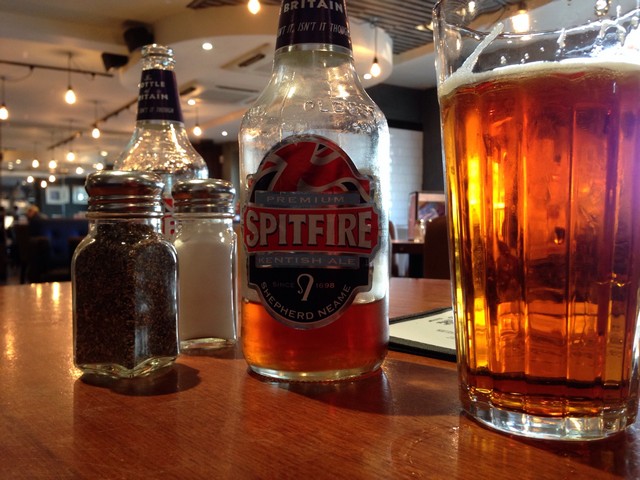 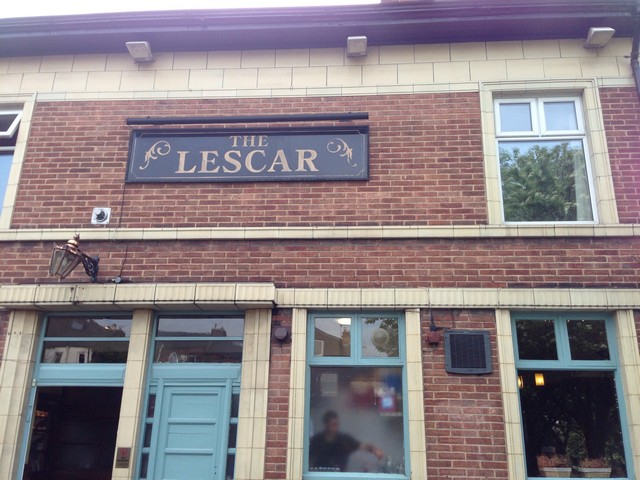 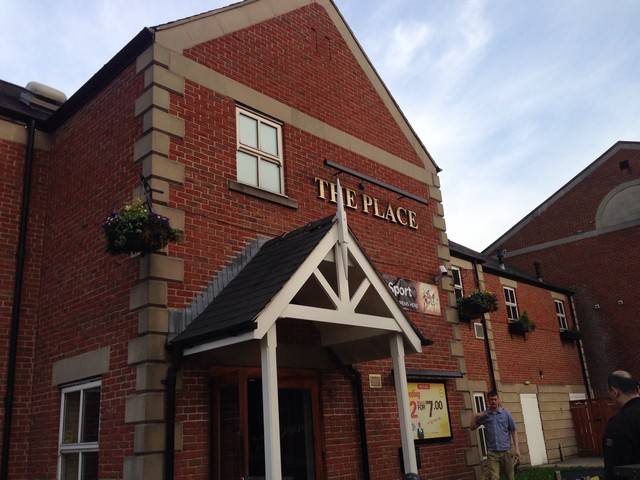 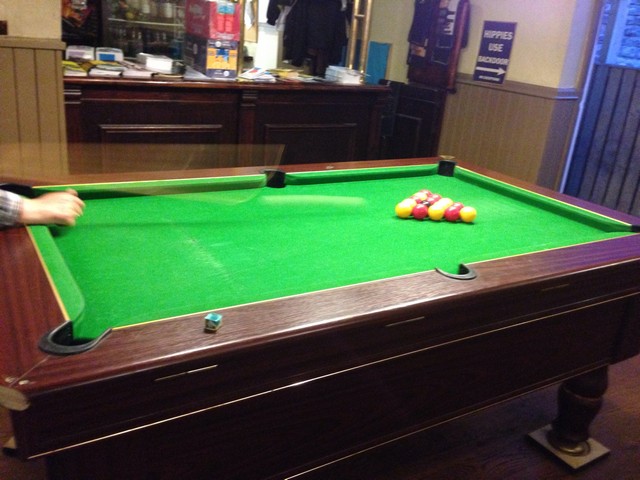 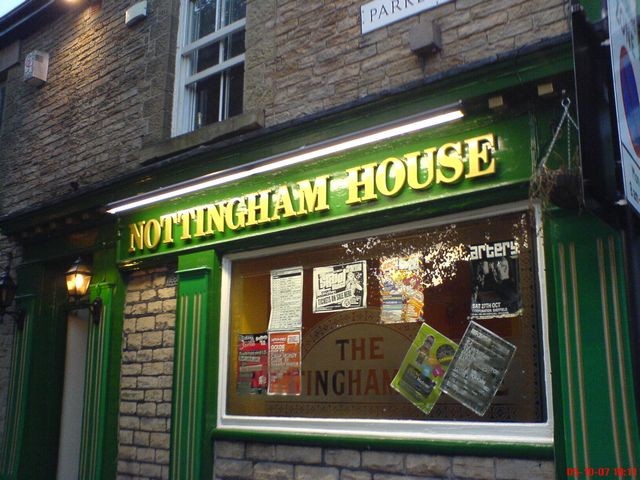 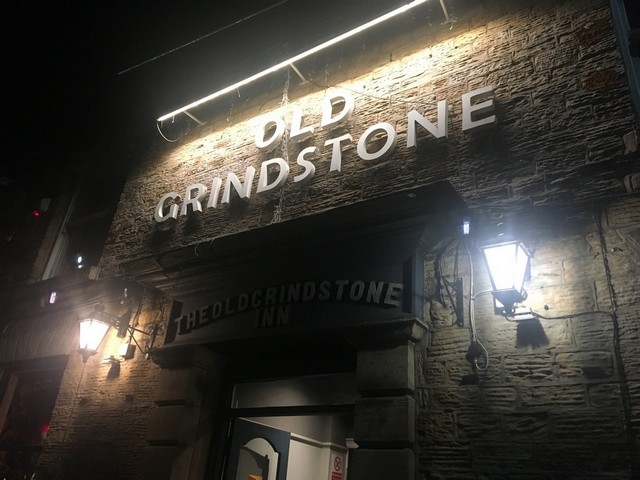 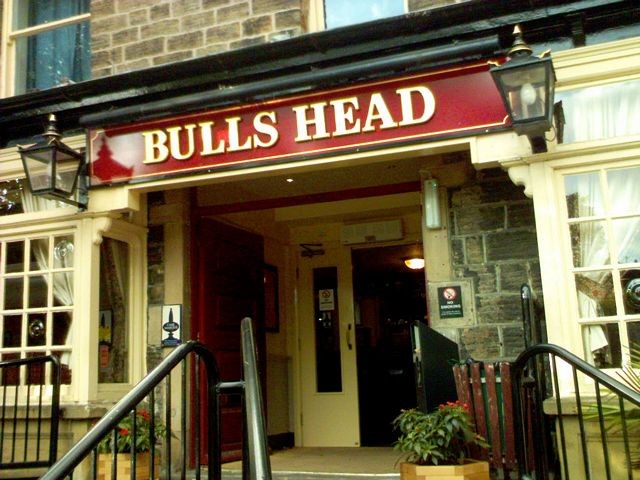 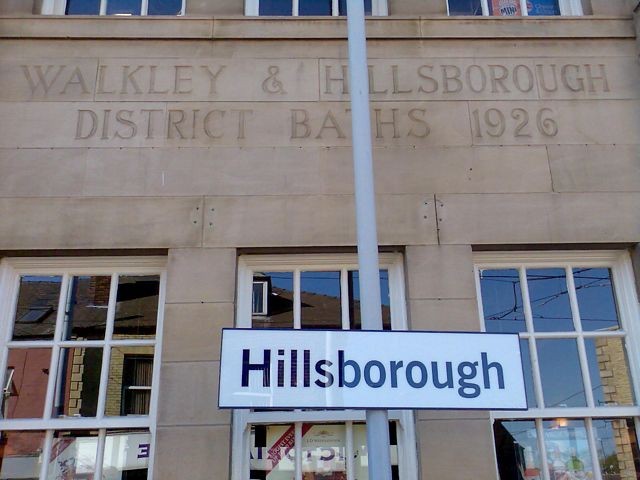 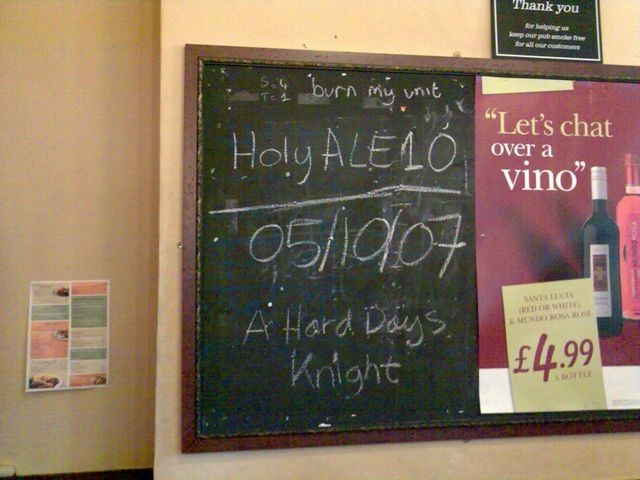 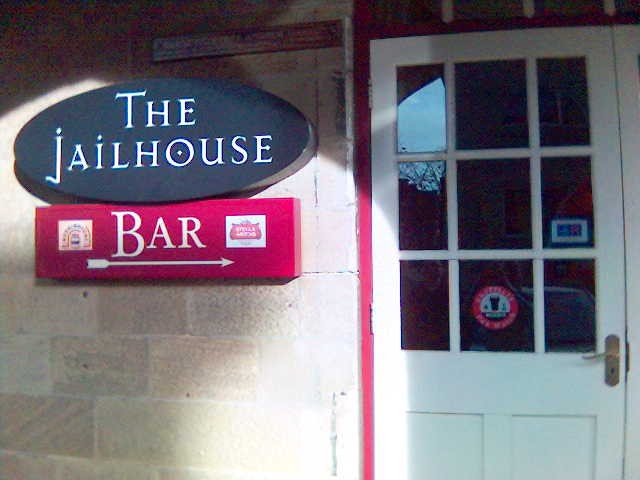 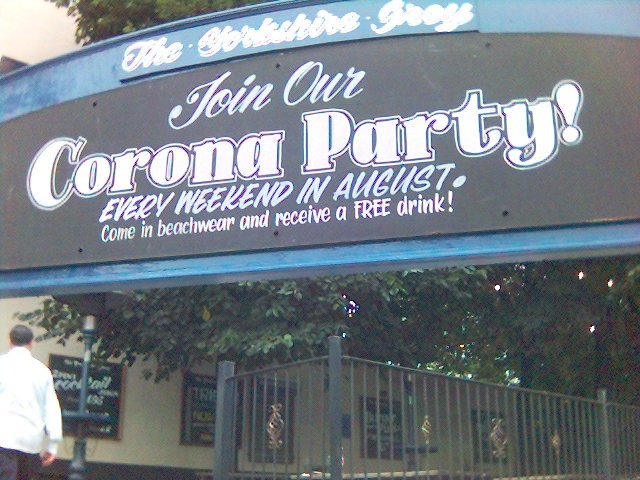 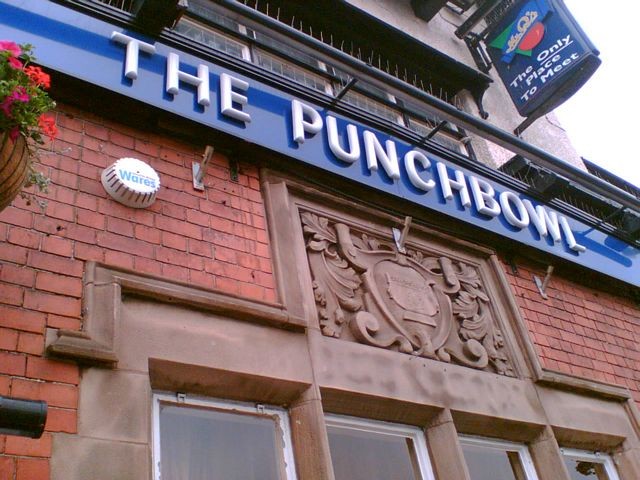 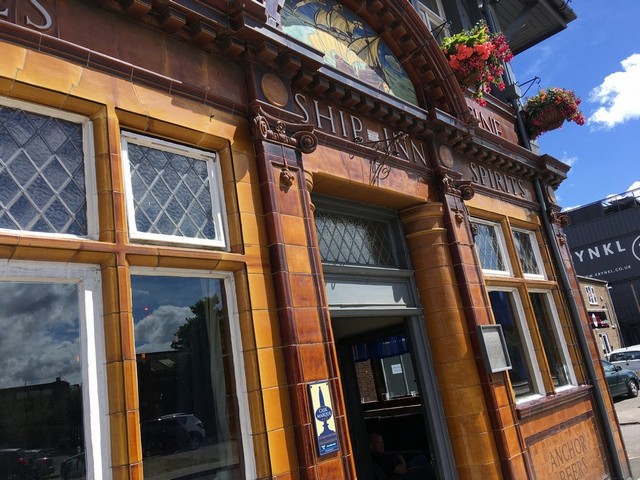 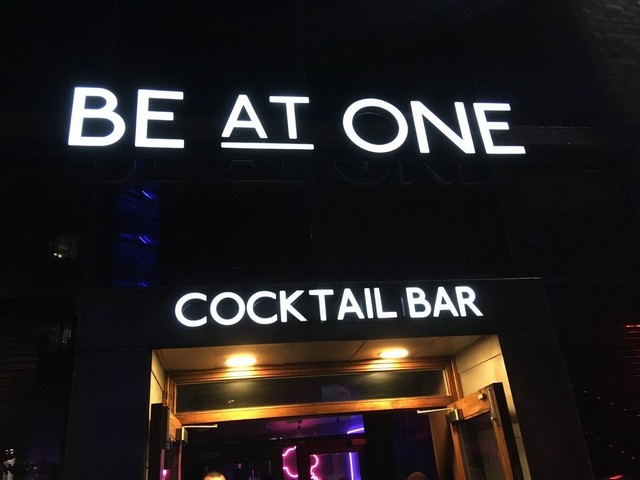 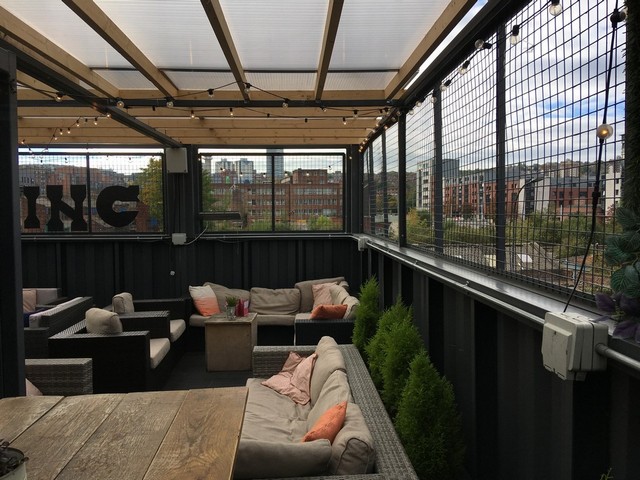 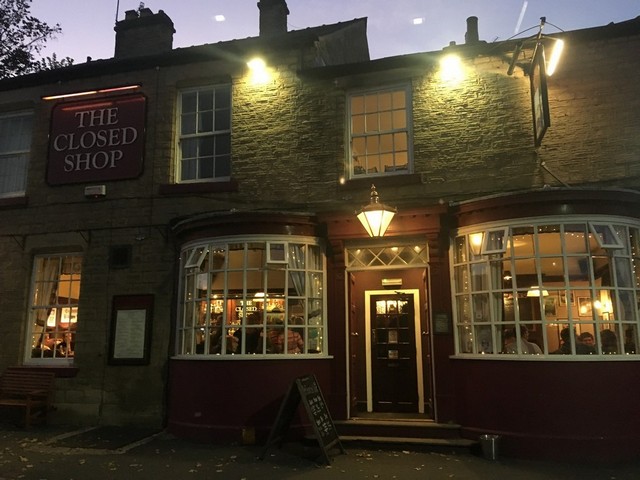 Bleak Times
Posted: Early April 2020 
 In the space of a few weeks, COVID-19 has come upon us like a horrible tide. Springtime is here but people lock themselves away, afraid of the invisible evil that lurks in every village, town and city. All the pubs are closed and there are no plans to re-open them, for now.

It's almost certain that Holy Ale 17 will not take place. The clock will be left to count down but it's hard to see how any semblance of normality will have returned by 30th May.

HA17 Is Official!
Posted: March 2020 
 It was looking like the HOOHAK were still slumbering but Sir Quentin of the Hollow Legs has come forth with a determined stride and secured Saturday May 30th 2020 for the next chapter of Holy Ale!

Initial reports are that at least 4 veterans will be out from the start. The route is yet to be published but it's rumoured that the ASS (Ancient Spreadsheet of Supping) is bursting with unvisited boozers, all ready for the 17th quest.

Farewell 2019
Posted: December 2019 
 Despite one of the best years for HOOHAK get-togethers, including some fabulous dinnertime starts featuring a whole bunch of cracking new boozers, an official quest never materialised. Due to the mysterious nature of the Holy Ale, this is not an uncommon phenomenon and has been witnessed several times in the past.

We wish you all the best for Christmas and the New Year!

Yet To Materialise
Posted: September 2019 
 It's one of those years when quests are proving difficult to arrange. The HOOHAK will be out again this weekend but it won't be for the much anticipated 17th adventure. With summer all but over, the chances of seeing another Holy Ale in 2019 are fading fast.

Still Waiting
Posted: May 2019 
 With May almost over, we still await news about Holy Ale 17. The HOOHAK have already had some super sessions this year but, as yet, no official quest has been announced. On Saturday 1st June the Knights are visiting the Dronfield Beer and Cider Festival to check out some new venues and to meet up with a familiar face. If you see the HOOHAK, ask for a Tequila Sunrise. ;)

HA17 Imminent
Posted: March 2019 
 The New Year is well upon us and the HOOHAK's hibernation is over. A challenging reconnaissance mission took place last weekend and plans have now been drafted for the next quest. The official HA17 date is almost ready to be released to Sir Ernest Chipper, who is poised tool-in-hand.